The odds of dying in a car wreck are twice as high as this thing “exploding.” I’m keeping it.

Source: My Galaxy Note7 is still safer than my car. I’m keeping it

This author does an interesting calculation, but he does it wrong. The 100 Note7s that have exploded, out of 2.5M sold, were all used for 2 months or less since the phone has only been on the market that long. When you correct for this, the rate of fires over a 2 year ownership period is roughly 1 in 1000. (Probably higher, for several reasons.)

Second, lithium battery fires are nasty, smelly, and dangerous because they can set other things on fire. I speak from personal experience. Do you want to leave a device plugged in at night that may have a .1% chance of burning your house down over the period that you own it? I hope not.

His car wreck odds calculation (1 in 12000), by the way, may be per-year, but again he does not realize that it matters. But he is right that cars are plenty dangerous. I once estimate that at birth an American has a 50% chance of being hospitalized due to a car accident during their lifetime.

There are many other TOM issues to do with this Samsung Note7 recall. Clearly they have internal problems, and problems somewhere in management.

Every electronics company dreams of starting a new platform that other firms adopt and build on. It’s one of the few paths to riches  in electronics (think: iPhone, Android, Blu-Ray, CDMA, Steam, Playstation). Check out extensive writing by my friend Michael Cusumano and his colleague Annabelle Gawer, such as this article in Sloan Management Review. (May be behind a paywall.) Although even if successful, the originator may have to make so many deals that it does not capture much rent. (Think: Android again, Blu-Ray again, Wi-Fi, 4G, HDTV, etc.) And doing it successfully is very hard, even for large companies. 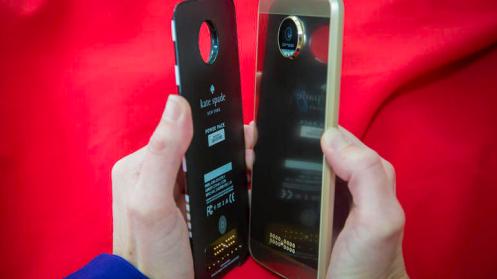 A  related dream is modularity without sacrificing performance. This has been discussed for cell phones for many years, although in the past I have been skeptical. This article, though, sounds as if Motorola has a chance at doing both. Technically, it sounds like a good concept, if they can pull it off as well as the article suggests. Of course, technical excellence is  never sufficient to become a standard. And Motorola, with all its ownership turmoil in recent years, is not very credible. But I’m heartened to think that the goal of a modular smartphone may be technically realistic, which would be great for consumers. (It’s important that Moto is not talking about creating a new operating system or app platform. Just look at Nokia and Microsoft to see how hard that is.)

Video version of the Wired article.