I recently received the following on a Dave Farber’s “Interesting People” list, a collection of techies with interest in Internet policy issues. Why discuss it now, since the tax bill has been passed? It is important for all to realize how much the Republicans in Washington no longer believe in basing their decisions on  reality  (“facts”). It is very hard to believe this, but the evidence is now overwhelming, and the consequences will continue to be grave. I wrote the following quick response. 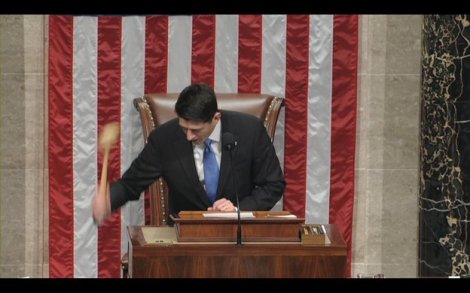 It seems completely reasonable and even desirable to take actions such as lowering corp taxes,  lowering taxes on productivity and reducing regulation to get the economy growing at the 3-4%  range.

This is a great concept, but unfortunately it is a fantasy. Doing these 3 actions to raise growth rates _would be_ desirable, if it would help. We would ALL like to see the economy grow at 3-4%. But they won’t work, and in fact this rationale for the tax “restructuring” is an excuse that hides completely different reasons.

Why won’t it work? Here are several of the bigger reasons
1) Long-term economic growth rates are determined primarily by TECHNOLOGICAL progress (broadly defined). Post 2000 low rates of economic growth (by 1960s standards) have been persistent and very stubborn. Richard Gordon wrote a long book documenting the numbers and explaining why, in his well-informed view of technological change, low rates will continue indefinitely. Others argue that new waves of technology (“AI” etc.) should eventually raise economic growth back up.

2) Doing a giant tax reduction is a massive Keynesian stimulus, whatever else it may accomplish. According to standard macro, which was never refuted by the right wing, the most effective time to do such a stimulus is when the economy is in a recession – high unemployment, very low interest rates, lots of idle capacity. This was the situation in 2009 when Obama was able to push through only a small stimulus, because of ostensible fears of increasing the deficit. Right now is the opposite of a recession, so doing a stimulus now will not create growth and in fact will probably lead to crowding out and other problems. In any case, Keynesian stimulus only creates a _short term_ boost, it does not alter the long term trajectory.
See also the comment by Dave Crocker that tax cuts for stimulus should be aimed at people with high marginal propensity to spend, i.e. the bottom half of the income distribution. Instead, they are aimed at the top 10%, who have lower propensity to spend additional income.

3) If the US is willing to increase the deficit by approximately $1,500,000,000,000 to boost economic growth, what is the BEST way to do so? We know that some fiscal policies are more pro-growth than others. There are a plethora of ways that investing in America can create LONG TERM growth by increasing long term assets of various kinds, including infrastructure repair, education, and scientific research. And in the view of many, reducing taxes on targeted investments it would be a good opportunity to speed up long-term transitions such as moving away from carbon.

By contrast, an across-the-board tax cut for the richest and for corporations is a form of “helicopter money” – it is not providing extra incentives for anything_ that has long-term value. Companies are not cash constrained, and won’t use increased profits for investment (and certainly not for investments that increase American jobs).

===============
Finally, this debate about policy objective and the appropriate means to accomplish them is normally useful. But Paul Ryan and his troops who voted for the tax bill this week acted in bad faith. They don’t actually give a damn about middle-class income. This is clear from many many provisions of the bill. It is also clear from the complete lack of hearings on these massive changes. This bill is structured to _increase_ income disparity and working class despair. Nobody is sure why it was designed this way, but that will be the effect.

A summary of several of these issues is the recent column by self-made billionaire  Michael Bloomberg.  He describes the bill as “a Trillion-Dollar Blunder.”

The consequences of this approach for technological progress and national competitiveness are grave.